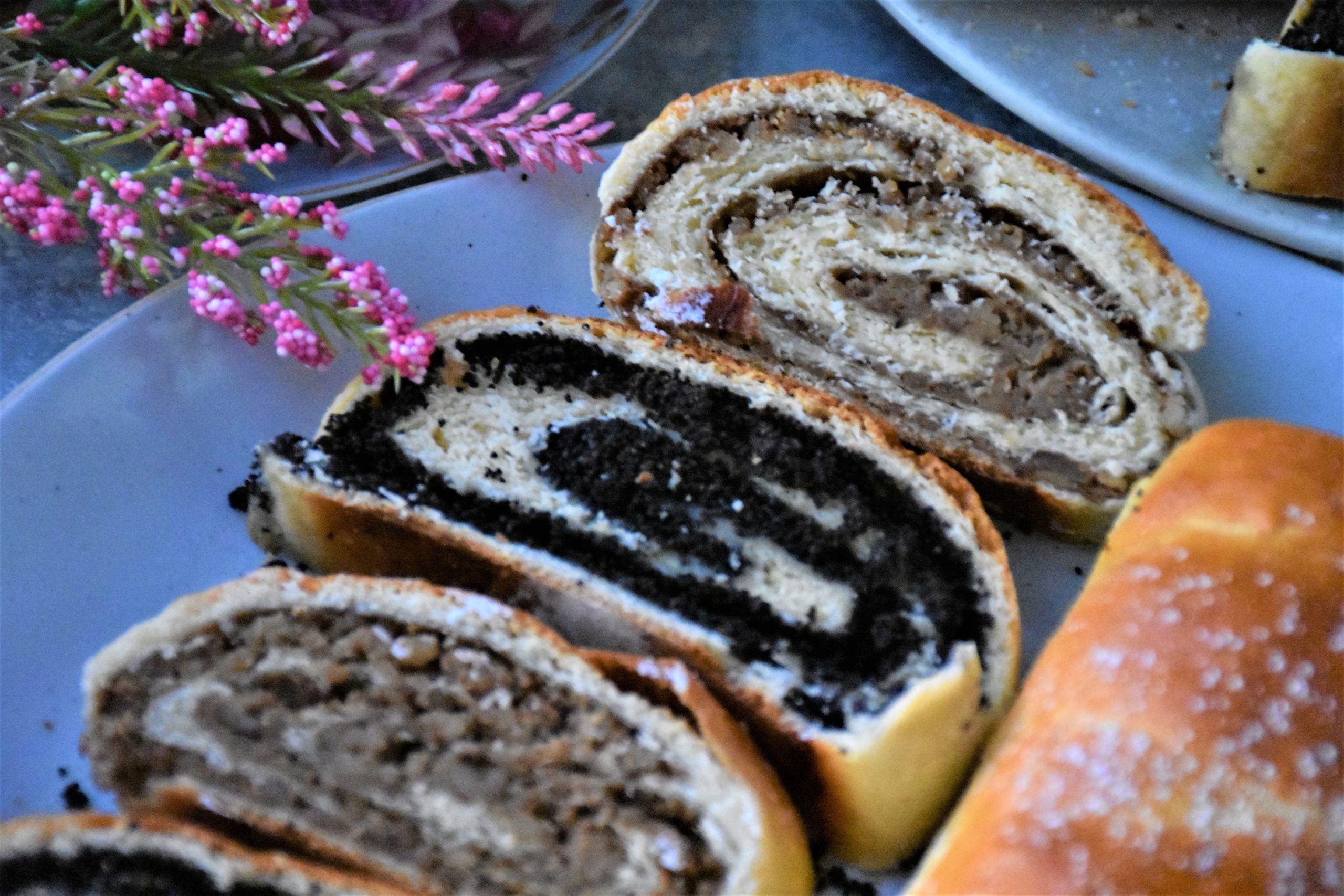 Strudel, štrudl, štrudla and štrukli – these are the names given by our neighbors in Italy, Slovenia, Slovakia and the Czech Republic to this sweet dream of pastry and delicious filling. Strudel is not a traditional Serbian dessert, but we gladly adopted it and enjoy eating it. In Serbia and across the Balkans, most commonly you will see two dominant varieties of strudel, a Makovnjača (with poppy seeds) and Štrudla s orasima (with walnuts). The Serbian homemade strudel is the most memorable treat of my childhood. This dessert was made in our family for all occasions, including birthdays, religious holidays and oftentimes just on ordinary days when we fancied something sweet. Let me share with you how to make a homemade strudel – two ways, using only one dough recipe and two simple and delicious fillings – poppy seed and walnuts.

“You’re the Apfelstrudel of mein eye“

Strudel is most often associated with Austrian cuisine, however it was the Turkish Baklava pastry, introduced into Austria in 1453 that laid the foundation for strudel. Gradually strudels with different fillings were created. The oldest strudel recipe is for a milk-cream strudel. It was handwritten in 1696 and the original can be found at the Viennese City Library.

The transition from the Turkish kitchens to the Balkans and up to Hungary occurred over time and the small delicacies became larger and rolled with fillings of different flavours such as dry fruit or jams. Strudel is also popular in Slovakia, Slovenia, Czech Republic, Bosnia and Herzegovina, Croatia, Serbia and Romania. Though each of these countries were in some way influenced by the Austro-Hungarian Empire, they have their own style and preference for the fillings in preparing the strudel.

While most strudels across Europe are made with phyllo pastry, in Serbia, a strudel is commonly made with a homemade dough, that is rolled out, stuffed with a filling and rolled into a log, making a sweet layered pastry. Lastly, it is baked to glorious golden perfection and then dusted with icing sugar when cool. In Serbia we also prepare a variety of strudels that range from apple, cherry, poppy seed, jam or walnut filled strudels.

What makes a Serbian strudel recipe so easy to make? Well if you ask me, it is that we do not fuss over having a super thin flaky pastry. Instead the pastry which I have grown up with is a tender, soft, sweet yeast bread dough swirled with creamy homemade fillings.

For this recipe I use a yeast-based dough which should rise for at least an hour and a half or until doubled in size. To make two strudels, cut the dough in two, roll each ball out separately, fill one with the poppy seed mixture, the other with the walnut filling. Roll each strudel into a whirl, glaze with an egg and bake! While it’s definitely recommended to wait for the strudel to cool down for at least 15-20 minutes, it will still taste delicious straight out of the oven. To be honest, I have always loved a warm strudel, in my opinion, it is best fresh out of the oven.

Poppy seeds are a wonderful thing to use in baking, but for some odd reason it’s popularity hasn’t really taken over in most countries like it has across the Balkans. I, for one, could live off these seeds, my favorite has always been, the poppy seed strudel.

Making the poppy seed filling is easy! Firstly, you should grind the poppy seeds as this will release their natural oils. In a pot, combine the poppy seeds, sugar, cinnamon, jam and milk and cook on low heat for 5 minutes. Once everything has combined, set aside to cool.

Once the dough is ready, all you need to do is evenly spread out the poppy seed filling across the dough and roll into a swirl.

Fun Fact – Poppy seed has been cultivated for over 3,000 years. The tiny poppy seed actually comes from the plant that produces opium. They have a faint nut-like aroma and a mild, nutty taste. Poppy seeds are also known to relieve exhaustion, decrease anxiety and aid a good night’s sleep.

This walnut strudel is a classic, it is sweet, crunchy and sprinkled with a dash of cinnamon spice. I would say that alongside the apple strudels, walnut strudels are probably the most popular!

Making the walnut filling is also easy and requires little time. If you cannot purchase grounded walnuts, you can easily grind them in a food processor. In a pot, combine the ground walnuts, sugar, cinnamon and milk. Cook on low heat for five minutes, until all of the ingredients have combined and set aside to cool.

Once your dough is ready, spread out the walnut filling evenly on the second half of the dough you have prepared, roll into a swirl and place on the baking tray that has been lined with baking paper.

Baking Tip – You should start this recipe of by preparing the dough and setting it aside to rest and rise. In the mean time, prepare each filling (the poppy seed fililng and the walnut filing) one by one. Set them aside in the fridge until the dough is ready to be used. Preparing both fillings takes ten minutes. This will help you feel less frantic when putting the strudels together.

Notes: The ingredients below make enough for 2 strudels. If you have access to ready-made poppy seed filling or the walnut filling, it will save a bit of time. However, making your own isn’t too difficult. Just make sure to use ground poppy seeds and ground walnuts!

For the poppy seed filling:

For the walnut filling:

Putting the strudel together:

Served warm from the oven, this exquisite dessert features luscious fillings, rolled up in golden puff pastry. Doesn’t it sound delicious? It really is! I hope this homemade strudel – two ways, makes its way into your kitchens and onto your dessert plates. If you do try it, tag me over on Instagram with @bitemykitchen___. I would love to see what you create! ❤️ 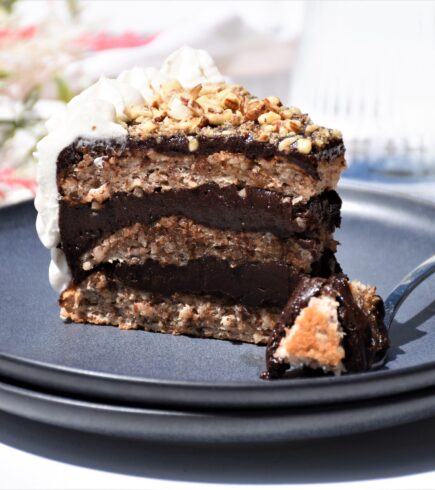