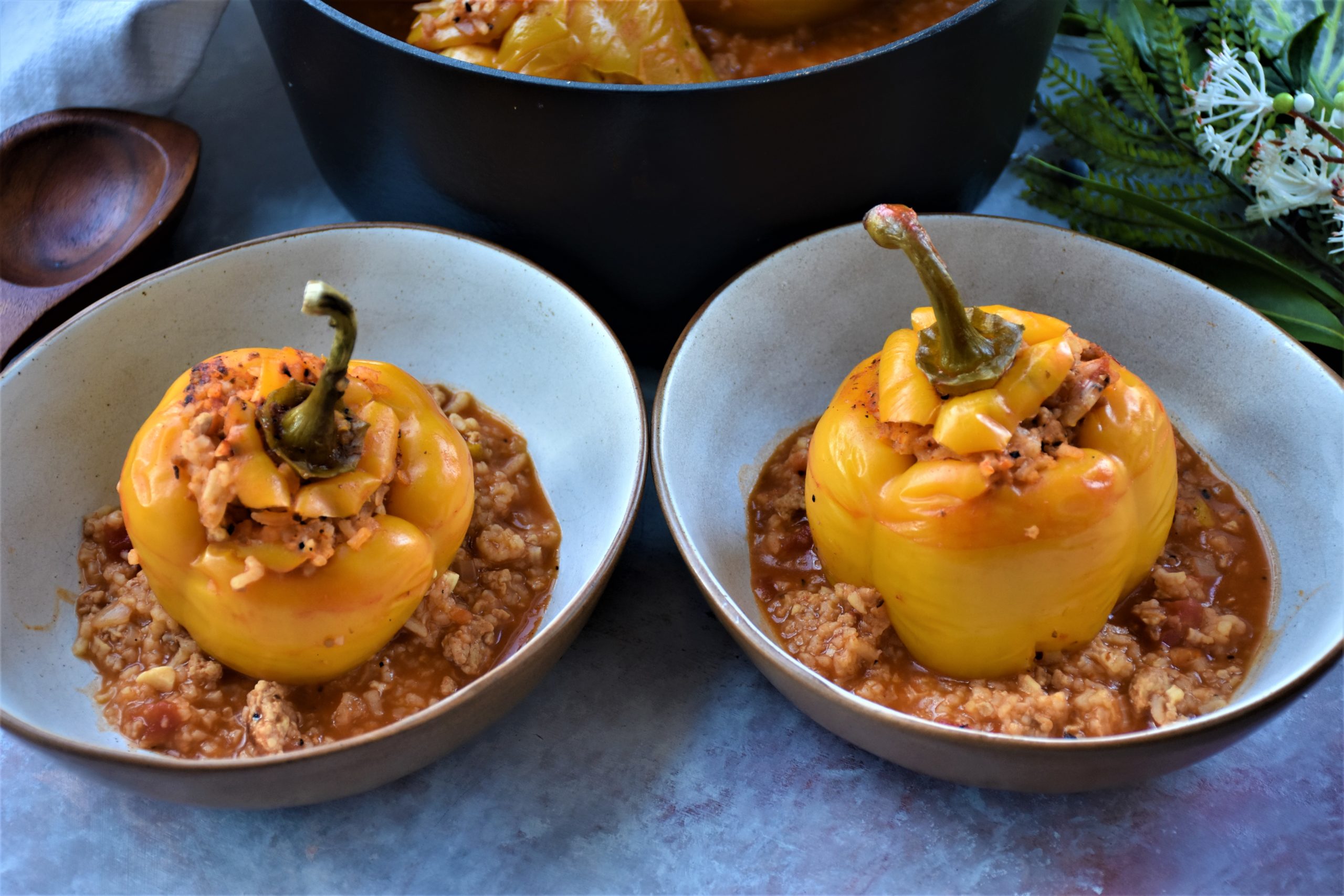 Stuffing your peppers full of savory seasoned meat and rice is what we Serbians do best! They are easy to make, delicious and impressive enough to serve up for any occasion. They can also inspire great family dinner memories, like it has for me! This stuffed pepper recipe is an oldie, popular in Serbian cuisine, and one that I’ve grown up with. My recipe for these Serbian Inspired Stuffed Peppers is very similar to the way we make it in Serbia, which is usually in a pot, cooked until tender in aromatic chopped tomatoes and seasonings. This makes the peppers soft, juicy & delicious! Nothing fancy or complicated just flavorful, comfort food cooked until perfectly tender and tasty.

WHAT PEPPERS ARE BEST

Choosing the colour of peppers for your Stuffed Peppers recipe will depend on your personal taste preference. Green peppers are a bit more zesty and definitely less sweet than red, yellow or orange. Yellow peppers work really well in this recipe because they don’t give you a zesty or tangy taste alongside the rice and pork mince. I have made stuffed peppers with the green type of pepper before and I found it too overpowering for my taste. However you can use a mix of colours as well if you wish to have a variety and to create the rainbow! Or, use any peppers that you favor the most!

Interesting Fact – In Serbia we have a type of white bell peppers which are commonly used for this recipe! They are called the ‘Amanda‘ pepper and are used in all types of cooking from roasting, cooking or fermenting.

HOW TO MAKE STUFFED PEPPERS

Stuffed Peppers may look fancy or complicated to make but they are really not! Simply follow the steps below and you are sure to get delicious stuffed peppers every time.

Stuffed Peppers should be cooked with a lid on top so that the peppers do not dry out. Keeping the steam inside the pot is what prevents the peppers from drying out.

You can freeze Stuffed Peppers and they are a great make-ahead meal! You can freeze them individually or together in a baking dish. To re-heat, simply thaw in the fridge overnight and cook on the stove top with some olive oil.

Recipe Notes – If you have any left over rice and mince filling, simply place it around the arranged stuffed peppers in the pot. Also, when cooking, it helps to cook these stuffed peppers in a pot that retains heat well. Brown rice will work great here too but keep in mind it will take more than twice as long to cook.

Storage – Leftovers can be stored in the closed pot in the refrigerator for up to 4 days. You can also freeze any left overs.

The smell of grilled, cooked, fried or baked bell peppers is one of scents of childhood for most of Serbian people (including me) who grew up in Serbia.

I hope this recipe has sent some cooking inspiration your way 😊! Keep this Serbian Inspired Stuffed Peppers recipe close at hand for a quick, easy and fun way to serve dinner! Comment your thoughts below or tag me over on Instagram @bitemykitchen___ with any recipes you try ❤️ 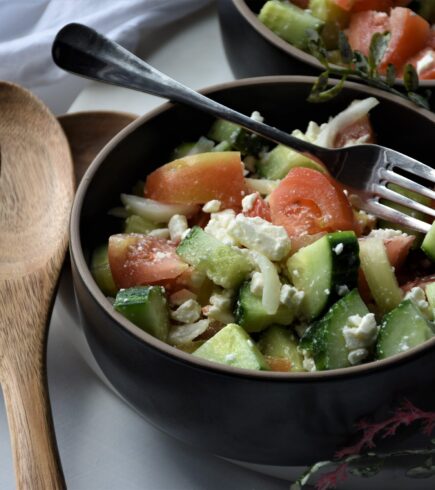 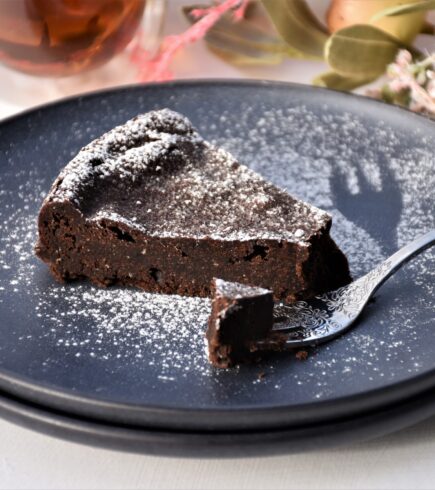